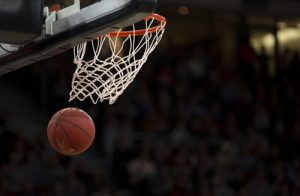 Carmelo Anthony is not just any player. It is a 10-time All-Star, six times All-NBA and with a total average of 24 points, 6.5 rebounds and 4.8 assists in his career. But the 35-year-old forward has been looking for a team since leaving the Houston Rockets a year ago.

The first to throw the bomb was ESPN journalist Adrian Wojnarowski, who wrote that Anthony will join the Blazers on his next road trip where the team will have to face six games, the first on Saturday against San Antonio.

After almost 16 years in the NBA, Melo has gone through five franchises. He first went through Denver Nuggets (2003-2011) where he was a great star and then went to his native New York to join the New York Knicks (2011-2017). From there he tiptoed through Oklahoma City Thunder during the 2017-2018 season, where he had an average of 16 points, but his defense was not the highlight and that was a problem for the team, since they fell in the first round of the Playoffs against Utah Jazz.

Anthony’s career has gone downhill and that was certified last season in his time at the Houston Rockets. He only played 10 games, eight of which came from the bench and averaged 13.2 points with 40% in shots and 32% in triples.

Now in the Melo race the name of the Blazers could be added. Anthony wants to play and Terry Stotts, current Portland coach, needs cash to cover the casualties. The team already has four players in the infirmary and its balance in the NBA is not being one of the best: 4-8.

Zach Collins has recently undergone shoulder surgery and is expected to be on leave for at least four months. Rodney Hood has had several discomforts in his back, Jusuf Nurkic remains out after breaking his leg last month and is not expected to return until after the start of the new year. The fourth is Pau Gasol, who signed for the Blazers knowing that he was not yet fully recovered from his foot operation. So the Blazers need reinforcements and maybe Anthony is the one.

According to rumors, the Blazers were interested in Anthony in the summer of 2017. Now several NBA players have joined in wishing to return to the league.

For now they are only rumors, since neither the player himself nor the Portland Trail Blazers have not done anything official.