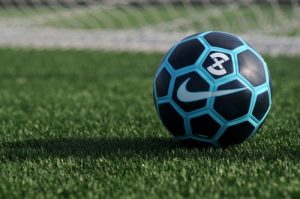 In the 2018-19 season, Bayern won the Bundesliga with 78 points. It was the lowest figure of the Bavarian giant in the last seven seasons, since Borussia Dortmund raised the championship for the last time, in 2011-12. In the past year, Bayern was eliminated in the round of 16 for the first time in eight seasons, having been inferior to Liverpool. Despite having expanded its dominance in Germany, 2018-19 was turbulent in Munich. In November, coach Niko Kovac was a foot and a half outside the club. The departures of Ribéry and Robben helped the conclusion that the equipment had to be renewed.

We will have to do something and we will do it in the summer. We want to rejuvenate the workforce, “said Karl-Heinz Rummenigge, general manager of Bayern, before the end of last season.

The club moved strongly before the conclusion of the course. Bayern signed two world champions like Lucas Hernández and Pavard, joining the 19-year-old Arp. However, in the last three months no reinforcements have arrived at the Allianz Arena, which he is not liking in a team that was orphaned of his offensive referents. The players ask to sign The most decisive was Robert Lewandoski. In the previous one of the friendly one before the Arsenal, last Thursday, the battering ram sent a message: “It is necessary to wait for new incorporations. The Bayern needs great signings to win the Champions”. Words similar to those said by Joshua Kimmich, also the week Past: “You have to sign up to be a candidate in Europe. Right now, there are 17 field players on the professional roster and that’s bad.”
Lewandowski also warned of the small size of the group at the orders of Kovac: “Everyone knows that it is not good that we have few players on the team. I hope something happens in the next few days.” Rummenigge’s warning The pressure made by the players adds to the fans, but Rummenigge asks for peace of mind: “I know that patience does not abound in football, but we have to have it. The market is open until September 2. We are waiting for the domino effect in the market to sign a top player. I am not nervous. ”Despite the need to incorporate players, in December Rummennige guaranteed that Bayern would not go crazy in the market. “There is great inflation in the transfers. We have our philosophy and we want to continue making rational and financially sustainable decisions,” he said.